“Everything I’ve achieved is with LVS Ascot. It’s changed my life. I never thought I’d be doing A-levels in my last school. There are smaller class sizes here so nowhere to hide. Instead of teachers being the enemy they are supportive and want to know if you have problems. Here you engage, build relationships with the teachers and want to work for them. Now it’s like, what else can I do?”

When Adam joined LVS Ascot he had never rowed before. He joined the LVS Ascot Boat Club and through intensive training, expert coaching and competitive opportunities, was undergoing trials for Team GB within two years. Adam also won the bronze medal at the National Junior Indoor Championships, against far more experienced opponents.

Adam joined LVS Ascot in 2015 to resit Year 10. By his own admission, he did not work hard enough at his previous school, did the bare minimum and got behind with his work. His parents proposed moving him at the end of Year 10 and beginning it again at LVS Ascot. When he came to LVS Ascot his grades started to improve and he realised he could excel. At his previous school he was failing in geography, and now is planning on studying it at university.

The first real rowing milestone for Adam was when he got into the top boat (top four rowers) at LVS Ascot in his first year, which was when he started to realise rowing was something he was really talented at.

The LVS Ascot Boat Club trains every Wednesday afternoon at Eton Excelsior Rowing Club on the River Thames in timetabled sessions. There is no strict diet, but Adam’s coach tells him to watch what he eats. With Sodexo providing LVS Ascot’s catering, and meals included in the fees, it is easy for him to eat healthily in the dining hall. Adam says the choice is “ridiculous” with a salad bar, pasta bar, hot food, cold meats, sandwiches and fruit. 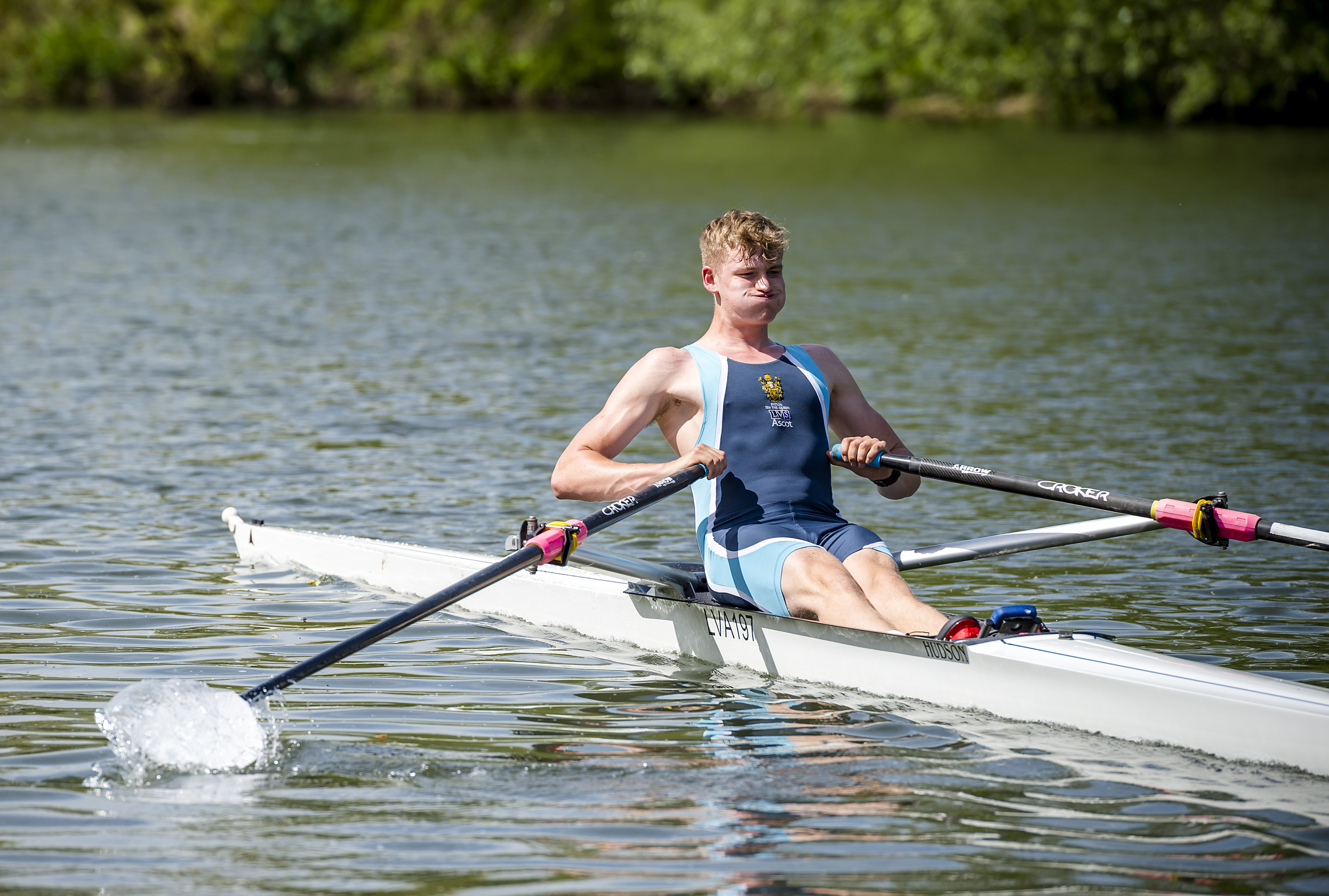 “Since joining LVS Ascot in September 2015 we have seen a total transformation in Adam, not just in his attitude to his academic studies and improvement in grades but perhaps more importantly in his general happiness, confidence and self-esteem.

LVS introduced Adam to rowing and coached him from non-rower to trialling for the GB team. Adam’s academic and rowing achievements are now providing him with university opportunities in both the UK and the USA that we would never have thought were possible before he joined LVS Ascot”

What the future holds:

Adam wishes to continue his education and boost his Team GB rowing prospects further. He is aiming to win a prestigious rowing scholarship at a top American university to study geography and continue to improve his rowing.

Please join us at one of our open mornings where you can meet members of our Senior Team, our School Principal and take a tour of the school.

You can download a copy below of our latest prospectus here, or contact the registrar@lvs.ascot.sch.uk if you would prefer a copy sent out to you in the post.