Head Boy Raises Hundreds in aid of NHS Charities Together

9 March 2021 – Lawrence Bland, 18, from Ascot, marked his appointment as LVS Ascot’s new head boy last week, by raising over a thousand pounds for NHS Charities Together, with a madcap quiz in memory of Captain Sir Tom Moore. 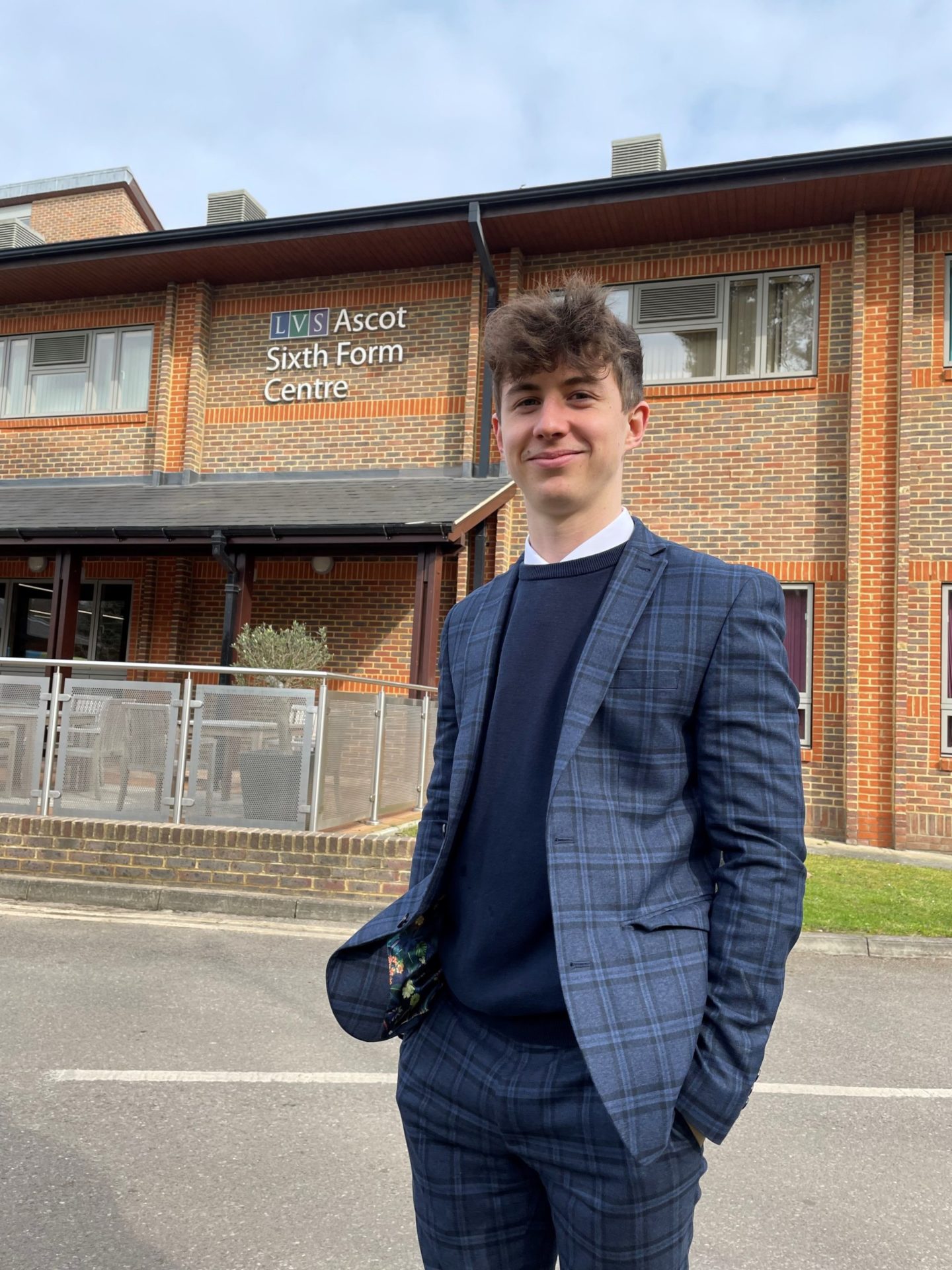 Lawrence, who has been a student at the independent day and boarding school in Berkshire since he was 11, took over as head boy in January and immediately set about planning a quiz to raise money for the NHS.

Forty-five teams, comprising of staff, students and their families, took part in the online event on Wednesday night (3rd March), donating over £1,100 to the NHS in the process.

Rounds included a scavenger hunt, for which the winners received a pizza delivered to their door during the quiz; a guess the music TikTok challenge, featuring teachers demonstrating their dancefloor moves; True or False Trumpisms and ended with the Masked Singer, with teachers donning elaborate costumes to mask their identities.

Lawrence, who came up with all the challenges and did much of the video editing himself, is a keen media studies student and has ambitions to pursue a career in digital marketing. He was assisted in the planning by LVS Ascot’s head of media studies, Sarah Melhuish, a former ITV journalist.  MC on the night was James Curtis-Nye, the school’s assistant head and head of well-being.

Commenting on the fundraising initiative, Lawrence Bland, head boy of LVS Ascot, said; “I wanted to do something that would raise both money and smiles. Lockdown has been so hard on everyone and we’re all looking forward to seeing each other in school again. Getting behind NHS Charities Together felt like a fitting tribute to Captain Sir Tom”

LVS Ascot’s Principal, Christine Cunniffe, added; “We are so proud of Lawrence. The event brought everyone together and the screen was full of happy faces and laughter. Lawrence set himself the challenge of raising £300, and the fact that he smashed that target and raised so much money is a brilliant testament to the hard work that he put into the quiz and how much people enjoyed it.”

The Head Boy’s Quiz is the latest in several events that the School has held to raise money for NHS Charities Together, with the running total of money raised currently at over £3,200. Donations to Lawrence’s quiz are still coming in – to contribute please visit  Lawrence’s Family quiz for the NHS on JustGiving.

With the coronavirus pandemic putting paid to a lot of traditional Christmas festivities this year, our Infant School was determined to spread a little Christmas cheer by taking the Nativity to local care homes.

Welcome to our 2020 Nativity, performed by our LVS Ascot Infant School.

We are currently accepting applications for all year groups for Autumn 2021.

You can download a copy below of our latest prospectus here, or contact the admissions@lvs.ascot.sch.uk if you would prefer a copy sent out to you in the post.